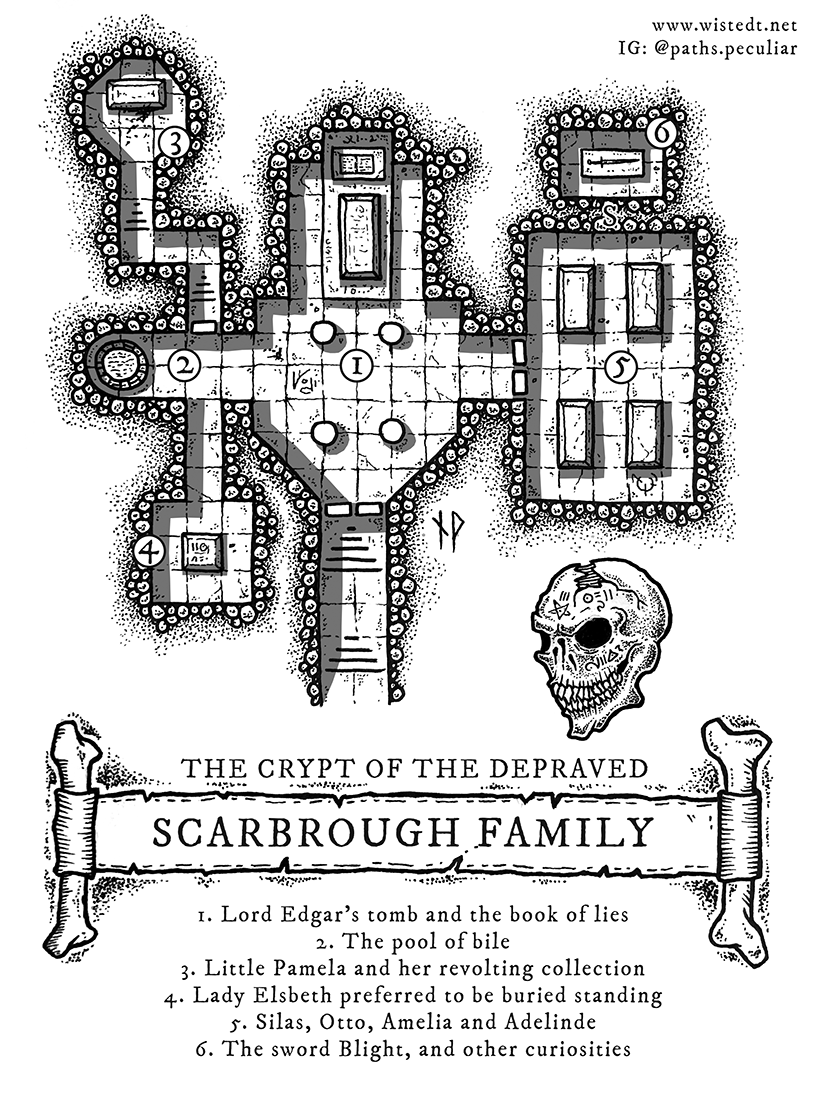 In the spirit of Halloween, I drew this map picturing the horrible crypt of the depraved Scarbrough family. Should provide a spooky adventure location for dungeon masters wanting to add a little horror to their campaign.

The crypt is the final (un)resting place of the noble Scarbrough family. These awful people terrorized the countryside in life, and continues to do so in death.

In their mansion in the moorlands, the Scarbroughs practised foul necromancy and other perversities. Lord Edgar Scarbrough and his cousin and wife Elsbeth had five children, each newborn more sinister and depraved than the previous – culminating in little Pamela who’s cruelty became the stuff of moorlands legend.

The family sealed their fate in a grand ceremony, the “Scarbrough Bloodbath”, where they murdered the villagers of Worthon and reanimated them as ghouls, and then committed ritual suicide in the family crypt. The newly risen ghouls buried the Scarbroughs according to their instructions, and then sealed the crypt.

The ghouls of Scarbrough estate roam the vicinity of the mansion and attacks (and eats) any intruders, keeping the crypt safe from inquisitors and grave robbers alike. The ghosts of the family haunt the countryside, and most feared of them all is little Pamela – commonly referred to as “the tooth fairy”.