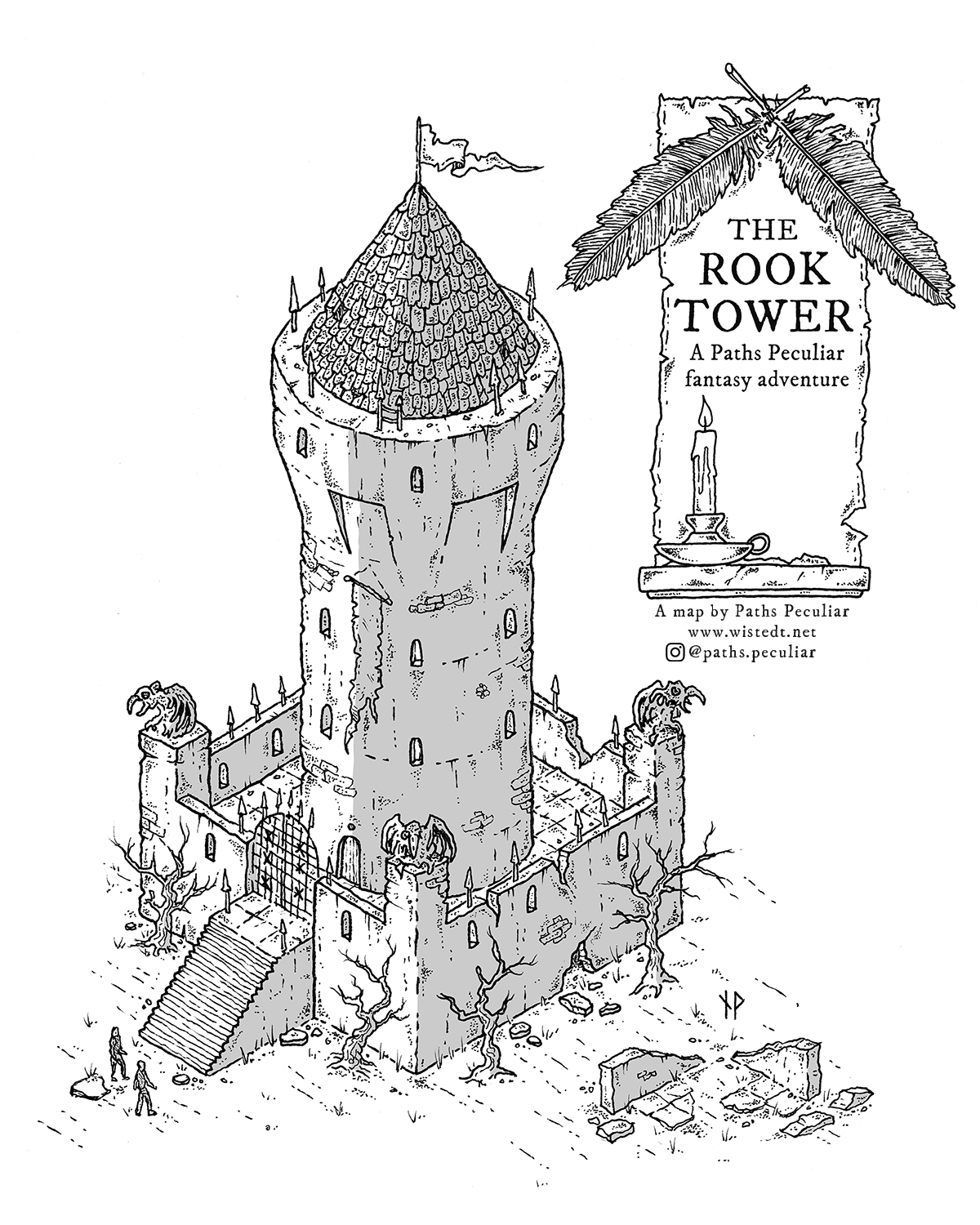 Originally constructed three-hundred years ago by the late wizard Belfador, “the Tower of the Four Avians” is commonly referred to as “Rook Tower” due to the large colony of rooks that inhabit the old spire. The tower is located north of Fourtower Bridge, at the base of the mountains overlooking the moorland.

The rooks of the tower

The rooks of the tower have lived there for generations. They are intelligent, and quite vicious birds that have effectively warded off any attempts to occupy the tower. Brigands as well as adventurers have tried taking the tower by force, but none have so far been able to stomach more than a night or two in the tower. The rooks employ various tactics ranging from petty theft to proper terrorization of intruders.

A work in progress

Rook tower is an idea that I’ve had for some time. It is loosely inspired by “Claws from the Night” by Fritz Leiber, and of course to some extent by Hitchcock’s “The Birds”. This is my first illustration for the adventure, and I will (hopefully) soon draw maps for the interior of the tower. As I work further on the adventure, any updates will be posted here.

If you enjoy my work, why not hang around for a bit and browse like it was 1996? Here are a few of my latest posts: