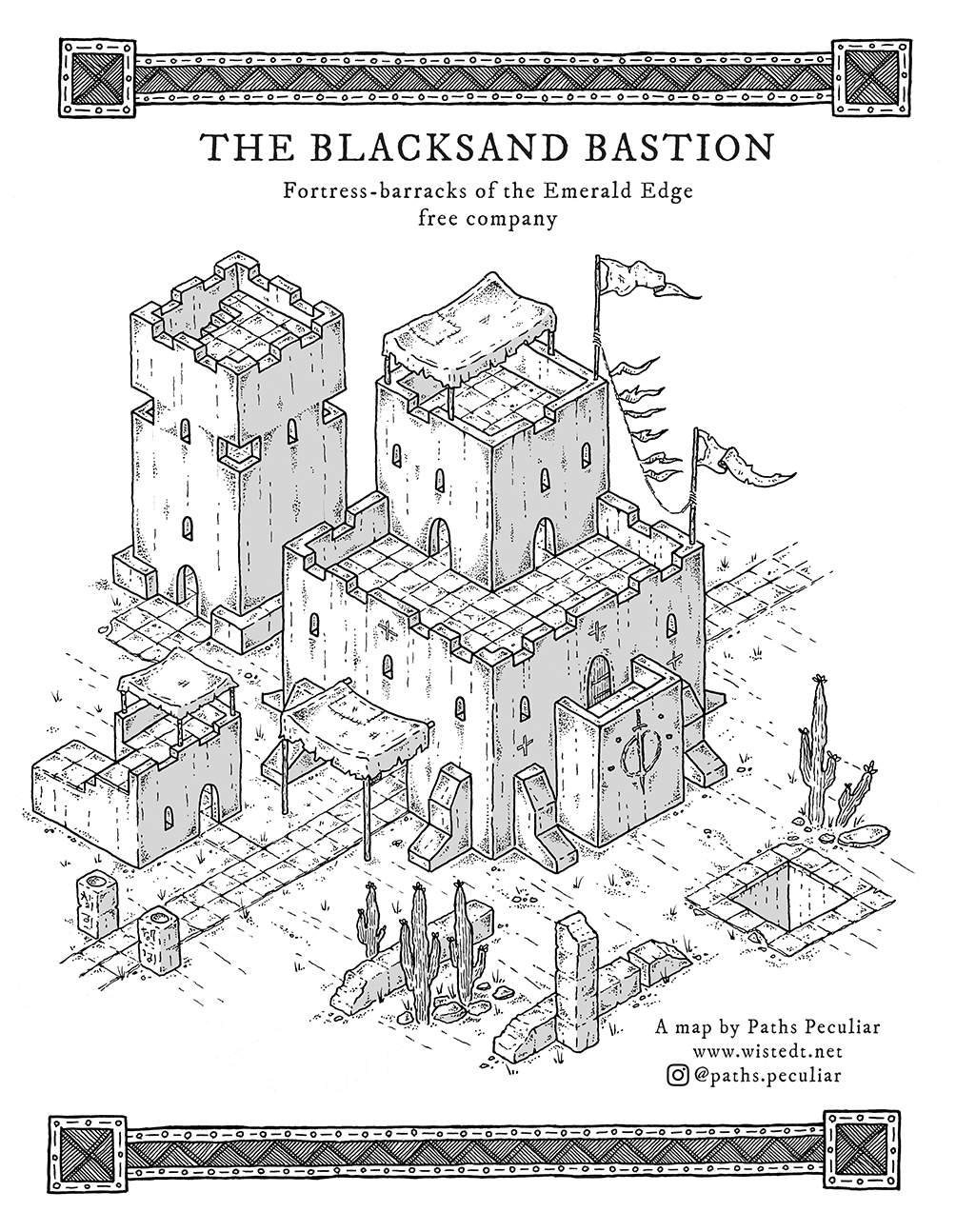 The Blacksand Bastion is the main stronghold of the Emerald Edge mercenary company. Experts at desert survival, the Emerald Edge is the only free company in the Ossuan desert. They are regularly employed as guides and caravan guards by rich merchants. The company are also able to muster larger battlefield formations when such a contract is secured.

The stronghold of the Emerald Edge is named after the region of the desert where it is located. Blacksand is a stretch of desert known for it’s coarse, volcanic sands and rocky terrain. It is an almost lifeless wilderness and the Blacksand Bastion is located on top of one of the few sources of water. While the Opal Trail runs through Blacksand, few caravans stop here to make camp unless absolutely necessary.

The Blacksand Bastion consists of two main structures: the keep and the tower barracks.

The keep houses the leadership of the Emerald Edge company; the Ra’id (major, company master) Abbad, his chief lieutenant Hazem and the master-of-arms Salman Salim. The company train new soldiers in Blacksand so there are usually around 20-50 recruits stationed in the ground floor of the keep. The keep also houses the company armory, commonly refered to as “the thousand spears”, as well as kitchen, library and treasure chambers. There is a large bath house in the keep cellar.

The fifty men of the elite Qalb unit is permanently stationed in the tower barracks. They are lead by veteran lieutenant Sol-Zaluum nicknamed “the Scorpion” by the Emerald Edge and “the Death Stalker” by their enemies.

Did you enjoy this? Discover more peculiar places: