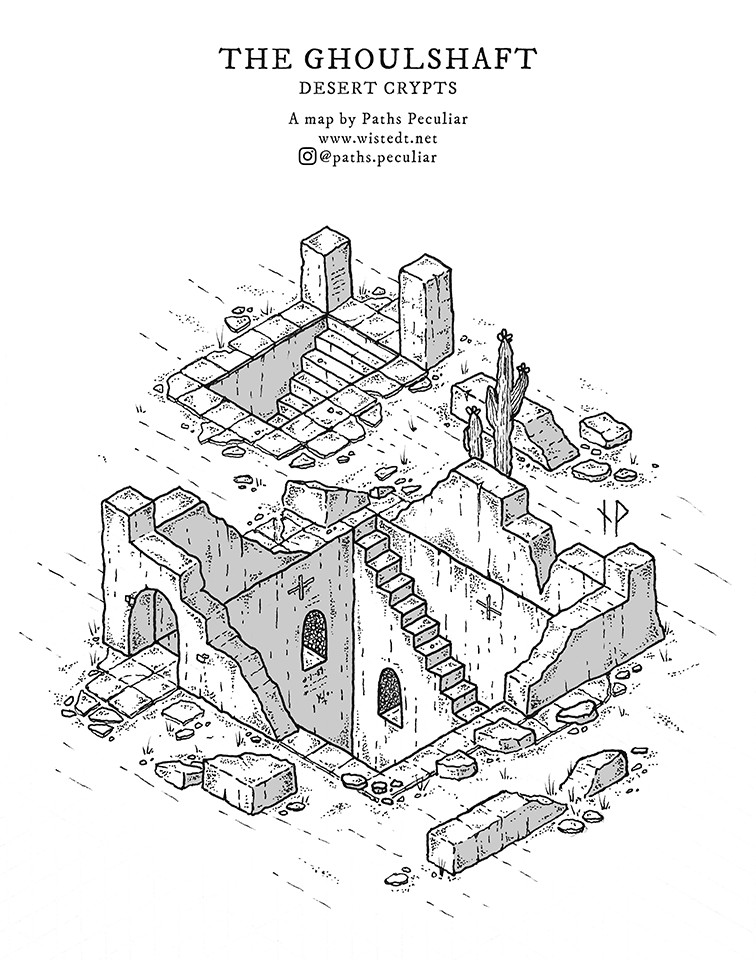 Barzoum – or the “Ghoulshaft” is an infamous dungeon located off the Opal trail, deep in the Blacksand region of the Ossuan desert.

The tombs of depraved aristocracy

A place of great evil, the ancient burial place of Barzoum is constructed vertically and descends almost a mile into the black earth. Here rests sleepless the souls and corpses of the depraved and murderous noblemen, priests and necromancers of the old Koparan empire. The minds and acts of the Koparan aristocracy was wicked beyond comprehension during the years of the empire, and their ill deeds finally led to the destruction of the great city Amun-Shar – the jewel of the east and the capital of the empire.

Over the centuries, the surface structures of Barzoum have withered and crumbled in the strong desert winds. Left are only gaping mouths, and winding stairs descend into the inky blackness of below. Alcove-tombs pepper the walls, some contain monetary as well as occult treasure. Others contain curses and undead abominations. While some of the alcoves are shallow and houses only a single grave, others stretch further into the desert bedrock forming vast catacomb labyrinths. An example of such a catacomb is the SVART GRIFT, or “Black Grave” of the dread necromancer Khamul.