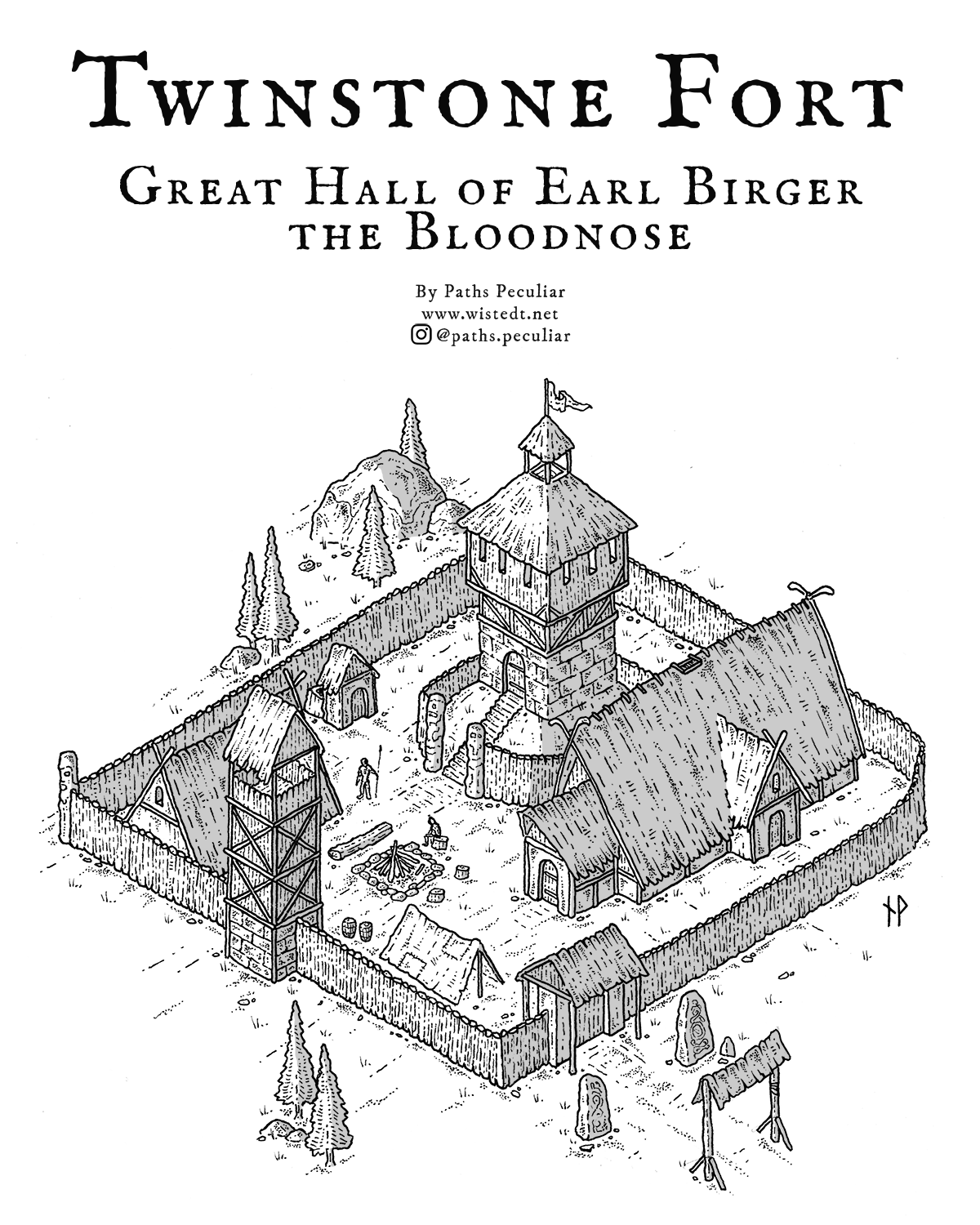 Here’s an isometric map of a “viking style” fort that you can use in your campaign. Feel free to use the background story below, or just make up your own!

The great earl (or “jarl”) Birger the Bloodnose got his ephitet after surviving a mace blow to the face, leaving it permanently bloodshot and deformed (the incident also made him forever prone to sudden bursts of nosebleed when excited).

Despise his grim visage, Birger is a fairly good-hearted man. His twelve hirdmen respect him and nearby farmers find him fair and just. The few shield-maidens as well as the seers have acknowledged the Bloodnose’s right to rule. Even Birger’s thralls recognize that they could be considerably worse off.

In terms of standing manpower Birger is one of the less powerful earls in the country. However, by fair treatment of the beforementioned groups he has managed to form a strong bond to his people. This bond has proven exceptionally useful when the need to quickly muster fighters arise.

Even though Birger is in his fifties he is unmarried, and has no children. His three older sisters live with him. They are also unmarried.

The fort is named after the two ancient runestones located just outside the gates. The stones tell the story of twin brother and sister who slew a vicious wyrm on the small motte now housing the keep tower.

The wooden pallisade is sturdy enough, as is the newly built watchtower. The gates are closed at night, but usually open during day hours.

Birger Bloodnose is a man of tradition, and will welcome travellers into his great hall. As tradition dictates guests will always be offered food, ale and a place to sleep. Adventurers, especially bards, are appriciated guests.

Support my work – buy me a beer

If you like my stuff and want to give me a tip to cheer me on, please click the button below. Please note that tipping is appreciated, but not expected. Don’t donate if you’re short on cash, I’m sharing content because I like to, not to make money.

In the mood for browsing? Here are my latest blog posts: