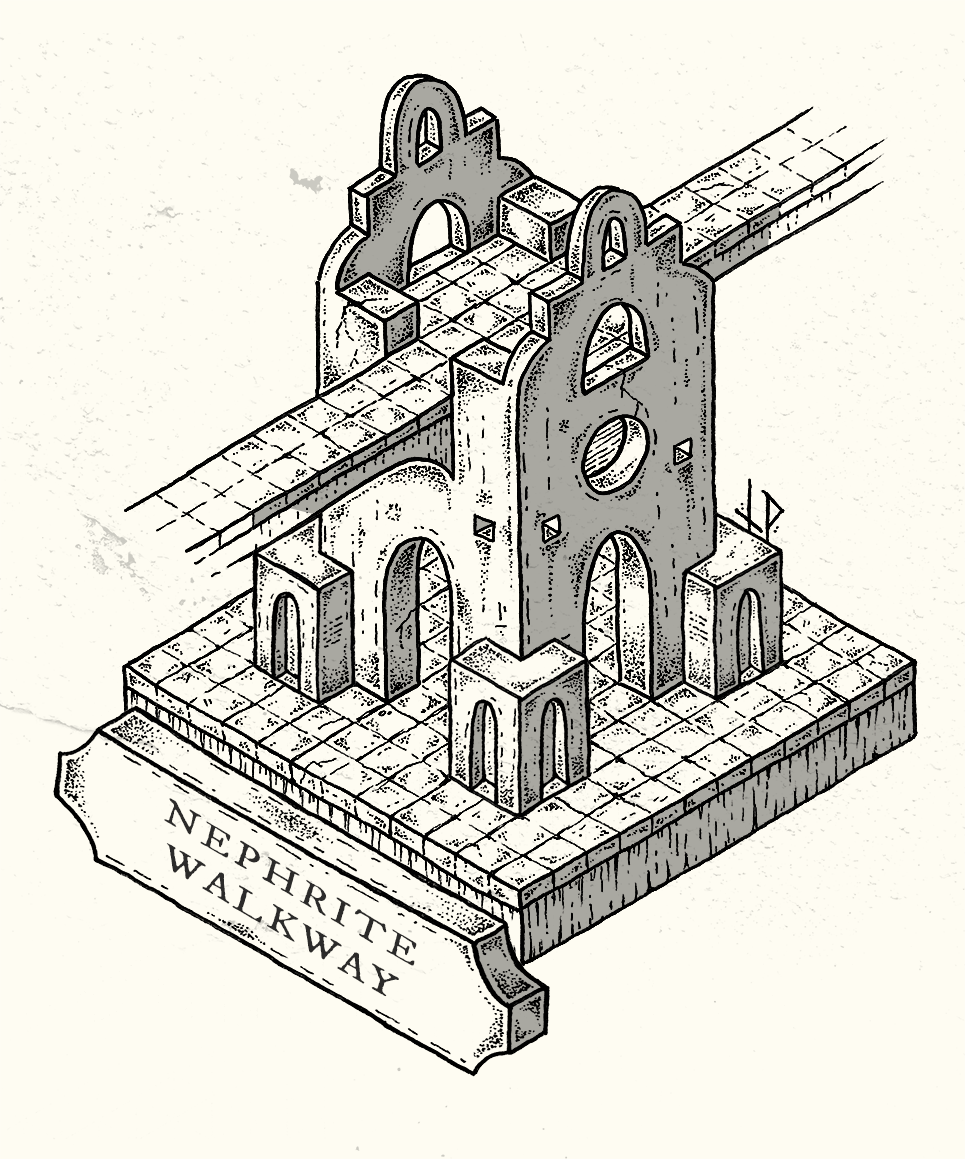 The city of Amun-Shar, “The jewel of the East” was once the pinnacle of human splendor. It was the cultural capital of the eastern continents and envied by kings and queens and emperors and tsars of all other realms. The great spires of Amun-Shar carried libraries of vast knowledge – science and magicks alike. Its nobles were rich beyond comprehension, and the bustling bazaars were filled with everything any man could ever desire.

But the nobles grew arrogant, as they so often do.

A caste-system started to evolve as the nobles, encouraged by the (just as rich) priesthood, began to regard their wealth not as a reward from the gods but as evidence of their own divinity. And so they rose, and built a city on top of the city to never come in contact with the rabble of ordinary people. They built “The Nephrite Walkway” – a sprawling system of jade-adorned bridges connecting the many noble towers and spires of the city. Now they could walk around the city without having to share streets with the lowly commoners. They were truly the god-masters of Amun-Shar.

And the commoners grew angry, as they so often do.

In time, the ordinary citizens of Amun-Shar grew more and more resentful of their masters. At the boiling point they rose up to slay the aristocracy and cast them from their towers. The spire-dwellers fought back with all the magic power they had stored in their minarets, and on a cataclysmic night the city crashed to the ground, drenched in sulfur and burning in hellfire. The carnage was absolute. The angel of death swung his scythe over nobles and commoners with no discrimination.

Today Amun-Shar is a ruin city, a whisper of its former glory. Vengeful and angry spirits dwell in its streets and structures, jealously guarding the treasure and knowledge that lies buried in this enormous desert tomb. In a ironic turn of events the Nephrite Walkway and its abutment towers are haunted by the ghosts of commoners and nobles alike.