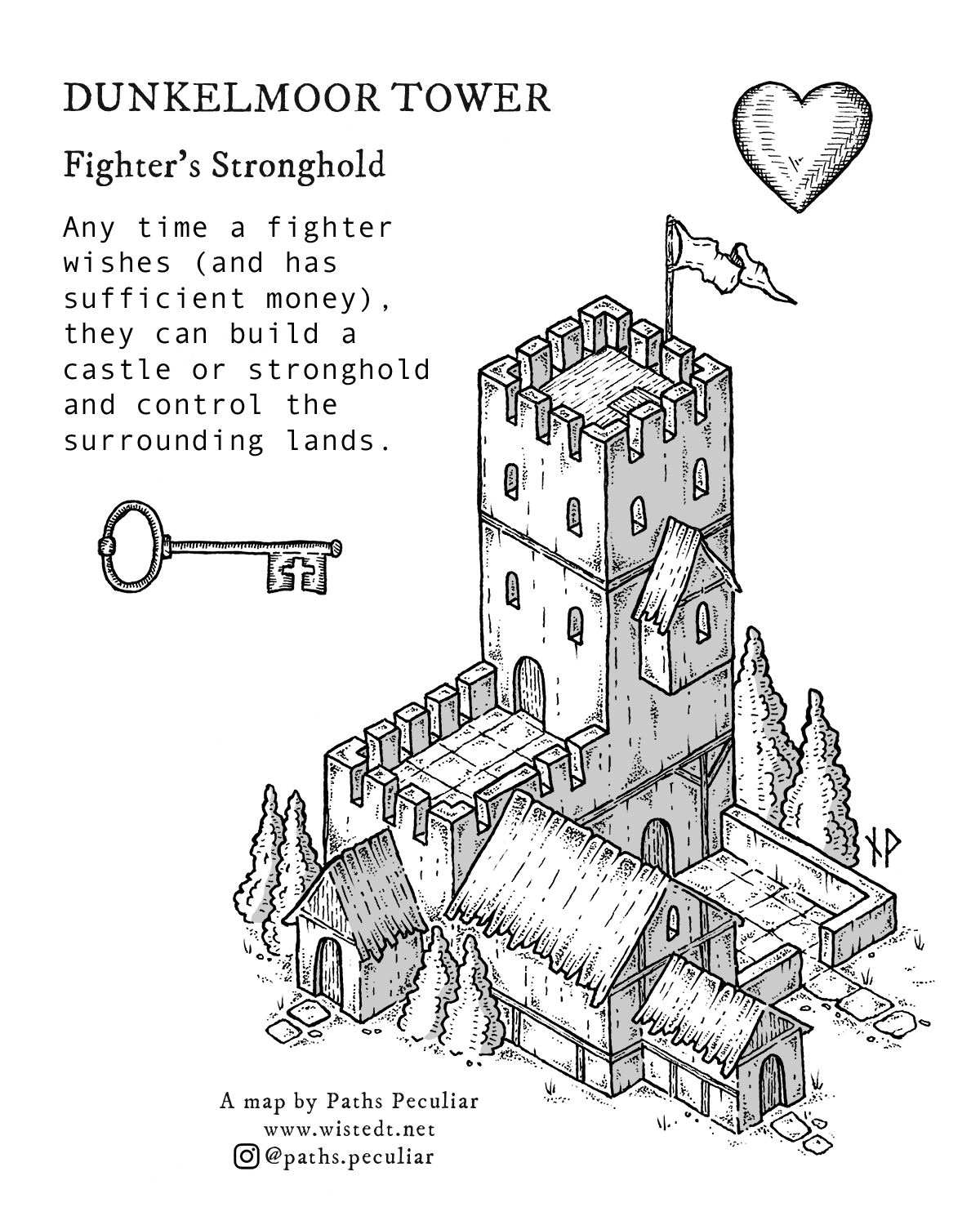 In early editions of Dungeons & Dragons (as well as in many of their modern day OSR clones) one of the goals of the game is to advance in power and wealth to the point where you can build a stronghold. The type of stronghold your character can build depends on his class; clerics build temples, magic-users erect towers, thieves establish guilds, etc.

In D&D B/X from 1981 (as well as in it’s outstanding modern clone “Old-School Essentials“) the fighter is the only class save the halfling without a level restriction for establishing such a stronghold, although they still need to raise the funds somehow. This is my vision of a typical fighter keep, this one located in secluded Dunkelmoor which is a backwater part of my campaign world.

For more information on strongholds, check out the system reference document for Old-School Essentials.

Work in progress on a commission piece. And since